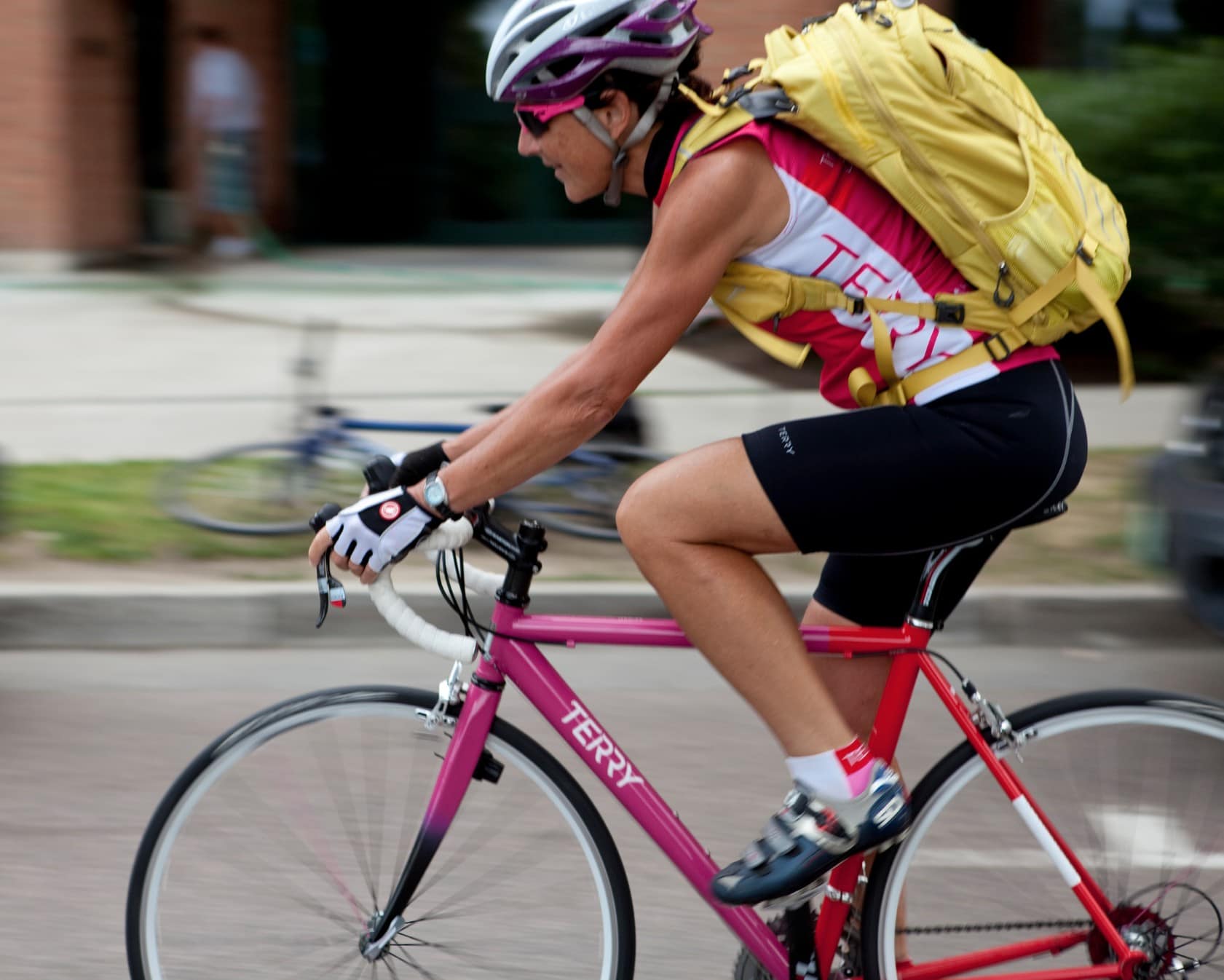 “Terry represents another original pioneering brand in its category, steeped in authenticity with a truly unique story in the growing market for women’s cycling,” said Robert. “After a great run at Vermont Teddy Bear, developing the Terry brand represents an extraordinary opportunity for me to leverage my experience and skill set in direct to consumer marketing and operations. As well as domestic manufacturing since Terry apparel is made in America. Terry is perfectly suited to benefit from association with Vermont and aligned with my commitment to the State, can provide a number of new, high quality jobs.”

Terry Precision Cycling, was founded in 1985 by Georgena Terry, a mechanical engineer who traded in a career at Xerox for her real passion–designing and building bicycles. Terry started building frames in her basement for herself and friends who couldn’t find bicycles that fit properly. After selling out of the bikes she’d built and taken to a trade show, Terry Precision Bicycles for Women, Inc., was born. Terry’s mission from day one was to make cycling as much fun as possible for women through better, innovative product design. Twenty four years later, Terry is credited with having pioneered the women’s cycling industry.

“It’s truly amazing,” commented Robert, “that my life going forward will be all about the bike since in recent years I’ve developed a real passion for cycling.”

In addition to transforming bicycles for women, Terry revolutionized the bicycle saddle industry with cutting-edge designs offering tremendous relief to riders of both sexes and all levels. Bicycle apparel for women also proved successful with products designed by Terry and manufactured in the United States including jerseys, shorts, gloves, and the widely popular Skorts for cycling.

Adding to her list of entrepreneurial endeavors, Terry developed the first catalog and website devoted exclusively to women’s cycling products. A national network of Terry customers are evangelists for the company and its products.

“Liz brings her expertise as a business person and her enthusiasm as a cyclist to Terry Bicycles,” said Company founder Georgena Terry. “Going forward, that will mean more Terry products available for the female cyclist through dealers, catalog, and web.  It’s the logical next step in the evolution of women’s cycling.”
Elisabeth Robert has a history of transforming companies. While at VTB she redirected it from a money-losing small company to a large, profitable one (annual net revenues of $66.6 million in 2005) without losing its unique culture, passion for quality and customer service. VTB prided itself on manufacturing its teddy bears in Vermont. Robert was instrumental in opening a production facility in Newport, VT providing a rural area with numerous job opportunities.

With a background in technology, Robert guided VTB to be an early adopter of the internet similar to Georgena Terry. VTB was ranked in the top 50 retail websites in the country by Internet Retailer. Robert also led the Company with progressive but profitable approaches to direct response radio and television, as well as catalog and online marketing.

In an effort to develop new product categories in the gift business and leverage existing infrastructure plus direct marketing expertise, Robert orchestrated the launch of PajamaGram, TastyGram, and the Gift Bag Boutique, as well as the purchase in 2003 of Calyx & Corolla, the original mail order flower company. Under her leadership, VTB also successfully returned to private ownership in 2005.

Robert, born in New York City and raised just outside in Alpine, New Jersey, joined VTB as the company’s chief financial officer in 1995 and was named CEO in 1997. She formerly was the CFO at AirMouse Remote Controls in Williston, Vermont. Robert earned her Bachelor’s Degree from Middlebury College in 1978 and her Master’s Degree in Business from the University of Vermont in 1984.