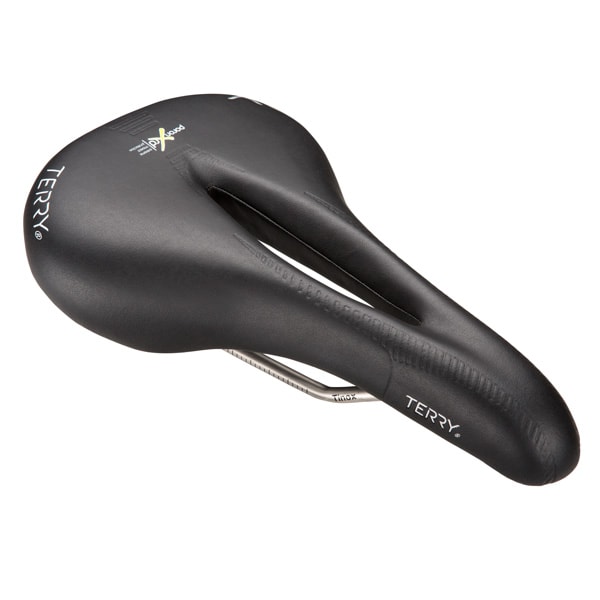 Designed to take comfort up a notch for longer distance riders, Terry will introduce completely new Century versions of its Butterfly and Fly saddles at Interbike (booth #17166). Engineered with a layer of Poron XRD shock absorbing material between the saddles’ base and foam layers, the new Centuries will reduce road shock and allow for a thinner layer of foam and narrower overall saddle profile, without loss of rider comfort. Additionally, each version will feature a wider cutaway, sculpted foam for pressure relief in key areas and seamless Lorica cover that reduces the incidence of high cadence chafing.

PORON XRD, a patented material used in MTB pads, gloves and footwear, is unique in its ability to consistently absorb and dissipate energy (road shock), impact after impact, while remaining comfortable. At rest or under low pressure, PORON XRD material reacts much like a slow recovery foam (similar to Tempur-Pedic® mattresses). It easily conforms to the body and is very comfortable on/against the body. But under high strain rates (ex: quickly hitting the material), the PORON XRD molecules instantly stiffen, forming a comfortable protective shell and spreading the energy over a larger area, thus protecting the body from the impact. 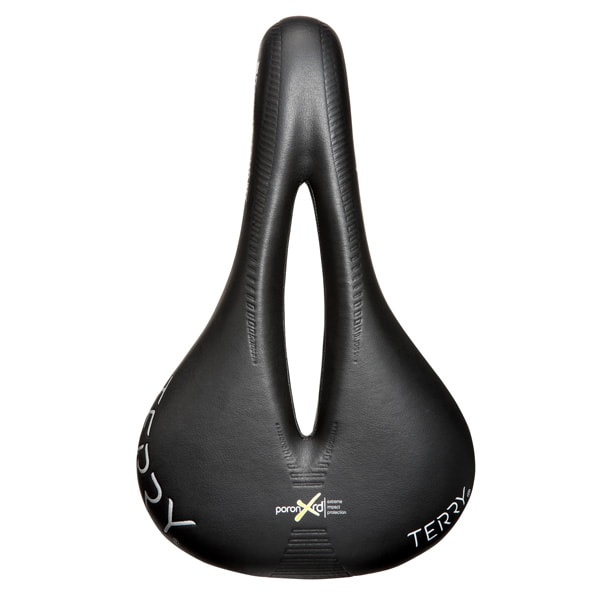 The Butterfly and Fly Century will be available in April, 2014.

ABOUT TERRY
Terry is the Original Women’s Bicycling Company, dedicated to getting more women riding bikes. Terry saddles for women and men have been improving the ride for all levels of cyclists for 20 years and are distributed by better bike shops and major retailers across the US. From serious gear to recreational fun, Terry positions itself as a brand for enthusiasts, where technical performance and feminine style ride in tandem.