You are here: Home / Sidesaddle Blog / CYCLISTS (AND WILDLIFE) ONLY. 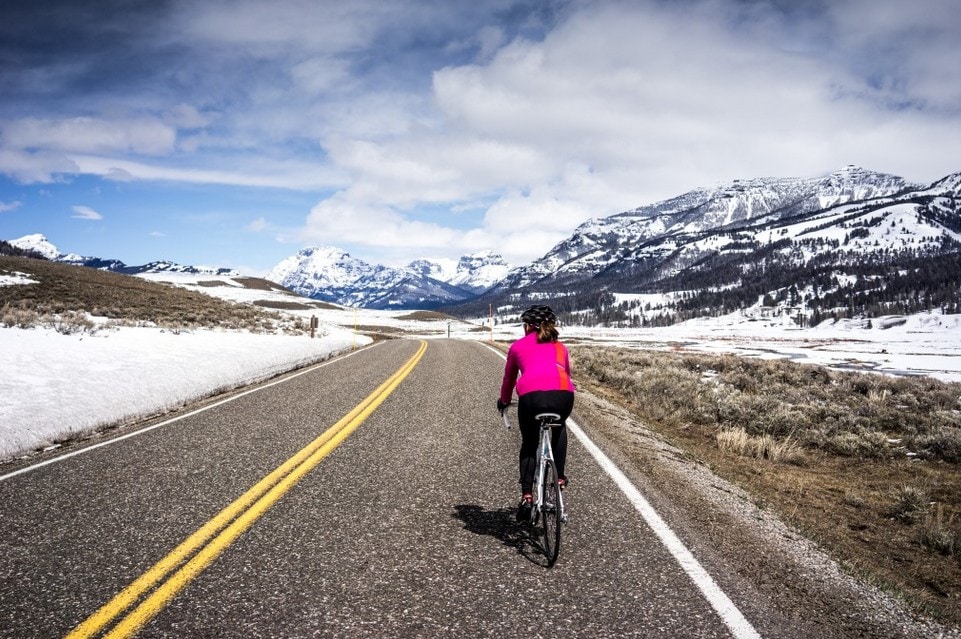 Coming out of Hibernation.

The best kept National Park Service secret: open to cyclists before anyone else. Imagine riding through Yellowstone Park and the only traffic jam you experience is a herd of bison on the road. For 10 days to 2 weeks in April, Yellowstone, Glacier, Yosemite and a variety of National Parks open the roads to cyclists in advance of letting the hoards of RVs in.

Yellowstone Park is rapidly becoming a magnet for adventurous cyclists who, in late March/early April, are the benefactors of an extraordinary opportunity to ride from the North to the West entrance of the Park (both in Montana), prior to the season opening to automobiles. Nothing short of transcendent, particularly if you can join the Bozeman cyclists’ unofficial parade (bathing suit and faux fur vest recommended). 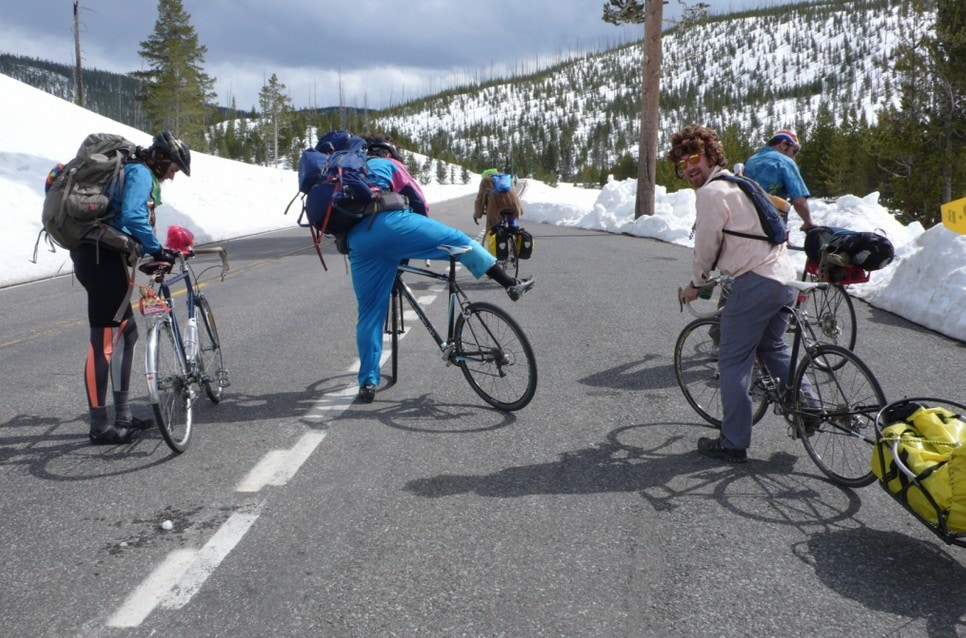 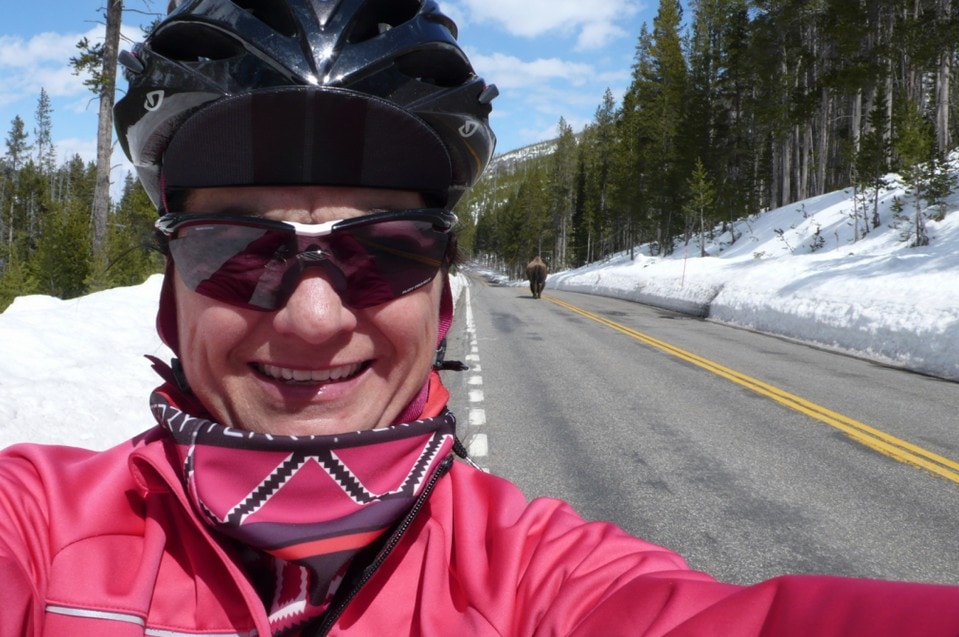 Likewise, Glacier Park in northwestern Montana, accommodates cyclists in a similar fashion on famed Going to the Sun Highway which is accessible to bikes for weeks (April/May depending on conditions) before opening to auto traffic.

Yosemite’s Glacier Point Road, a curvy 17 mile ride up to one of the best views in the park, is open for a few days solely to cyclists just after snow plows have cleared the roads and just before they’re opened to park travel.

From early May until late in September, Cades Cove 11-mile loop road in the Great Smoky Mountains National Park is open only to cyclists and pedestrians on Wednesday and Saturday mornings.