You are here: Home / Sidesaddle Blog / From Georgena / The Changing of the Guard

If you haven’t read about it yet, here’s the news: as of April 30, Terry Precision Cycling has a new CEO! I’ve turned over the handlebars to Liz Robert. I’m not going anywhere — I’m President of the company and a shareholder, but I decided it was time for me to get back to basics, like getting more acquainted with our customers, working on new products and building up the culture of the company. I didn’t start my own business just to end up pushing paper all day. 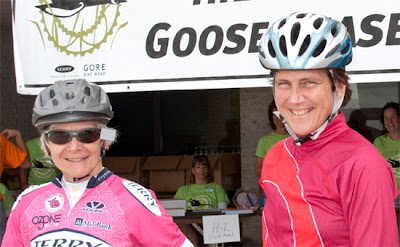 In an incredibly serendipitous moment, Liz, who was most recently CEO of Vermont Teddy Bear, was on the hunt for another company where she could put her formidable skills to work. Besides being a serious runner, she’d been bitten big time by the cycling bug. So when Terry met Liz, the combination had synergy written all over it. 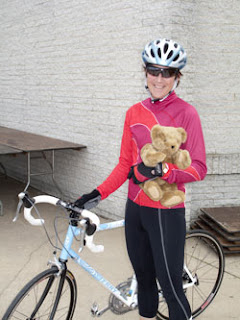 have to admit my image of the CEO of a teddy bear company was totally different than the reality. I anxiously awaited the first face to face meeting in February. Lo and behold — she looked like a mere mortal! Like one of us — outdoorsy, energetic, sincere and full of fun. When she asked me what it would take to get me re-energized, that cinched the deal. As she says, “the brand is bigger than the business.” But for too long, the business had been getting in the way of the brand. Now that will change.

On April 30, I was in Maryland at Blackwater NWR, getting ready for the Wild Goose Chase. But at precisely 4:00, when the all the lawyers had all the signatures on all the papers, an invisible mantle passed quietly from my shoulders. Every oriole, catbird, bobwhite, robin, meadowlark and wood thrush and its relative seemed to sing especially loud and that soft late afternoon glow that only comes in Spring lit up my world.

Liz was at the Wild Goose Chase a couple of days later, getting to know many of you and feeling for herself the energy of many women riding for fitness, health, fun and a good cause. There were many fine moments to that great weekend and one of them was going for a ride with the boss. 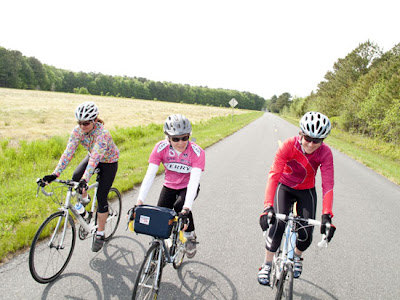