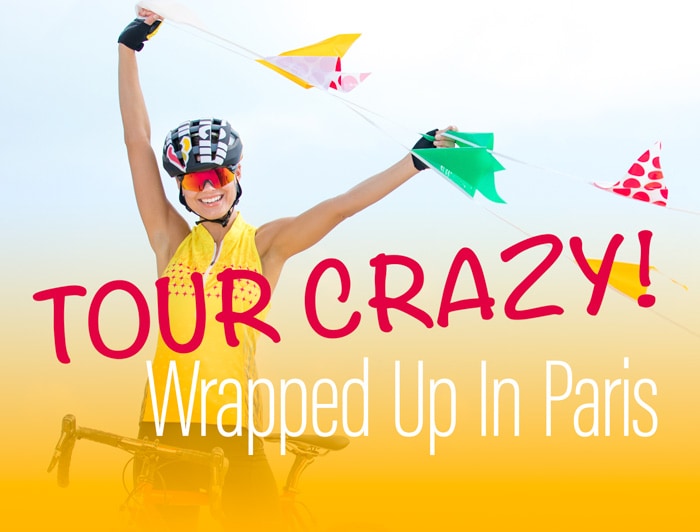 He scored a few other notable achievements in this Tour: the only rider ever to win the famed Alpe d’Huez stage wearing the yellow jersey; one of only a few “domestiques” to eclipse his team leader to win the Tour.

But what a Tour de France! Surprise sprints, crushing crashes, amazing attacks, champions cracking as new ones emerged. Let’s take a look at the highlights, and get ready for a Parisian Wrap Up…

From the kick off in the Vendée, the 2018 Tour de France was a thrill ride.

Richie Porte, Froome’s former team mate and a pre-race favorite, crashed out of the Tour on the Roubaix stage, changing the dynamic among the contenders for the remainder of the race.

Rigoberto Uran, another serious contender, crashed in the same stage and withdrew a few stages later due to the injuries he received.

Greg Van Avarmaet landed in the yellow jersey thanks to team BMC’s performance in the team time trial in stage 3, then stamped his authority on the race to hold onto yellow for eight days, through the hill stages.

Peter Sagan defended his points jersey and racked up three stage wins – more than any other rider this year. He will tie Erik Zabel’s record five Green Jersey wins when he completes the ride into Paris. After a nasty crash on a wet Pyrenean descent in stage 17 there were moments when it didn’t seem completely certain that he would make it.

Julian Alaphillipe put a strong hold on the polka dot King of the Mountains jersey from the second week on, and ranked well in the points competition also.

Pierre Latour prevailed in the hotly contested struggle for the white jersey, with a series of impressive performances.

Mark Cavendish set out to hunt down Mercx’s record 34 stage wins, but came up empty handed and fell behind the time limit in stage 11, along with other sprinters.

Chris Froome, the pre-race favorite, succumbed to fatigue in the Pyrenees, while Geraint Thomas, the team mate who had been in a support role, stepped into the yellow jersey mid-race and proved himself the stronger rider. Thomas consolidated his lead on the steeper ascents of the Pyrenees, and maintained control of the race through the third week.

Froome shows there’s a good reason so few riders have won both the Giro d’Italia and Tour de France in the same year – they are just too close together, and his Giro win in June clearly cost him some endurance in the crucial third week.

A protest by farmers led to the peloton being inadvertently sprayed with tear gas, team Sky and Froome in particular endured vocal abuse and physical violence throughout the race, and to cap that off an over-enthusiastic gendarme pulled Froome off his bike after a stage was over, breaking the frame and drawing out a very strongly worded response.

Most exciting stage of the 2018 tour de France?

Possibly the cobblestone stage to Roubaix, where the sheer spectacle of the toughest riding conditions and random luck came to the fore, particularly Porte’s crash and Sagan’s stage win.

Another strong contender: stage 12 in the Alps, when Thomas showed his strength on Alpe d’Huez, in a day of intense attacks and endless climbing.

But my vote is for stage 17 – the shortest stage in decades, designed to produce decisive action with several serious climbs in the Pyrenees. This was the day Thomas defended against many attacks and sealed the deal on the yellow jersey. Quintana had not won a stage since his debut Tour de France in 2013, but mounted a perfectly timed attack to claim an impressive win, jumping up in the rankings to be within potential reach of a podium finish.

The excitement lasted right up to the nail-biting last moments of the penultimate stage: Saturday’s individual time trial brought the expected showdown between the four top placed riders, all of whom have world class time trial credentials.

Thomas set the fastest splits of the day, but faded in the last third of the stage. It was still more than enough to retain his overall lead, so the day became a battle for the other podium positions.

Chris Froome had slipped from second to fourth in the overall standings, but pulled out a strong ride to gain a good margin over Primoz Roglic and make it back onto the podium. Froome and Tom Dumoulin were neck and neck through the stage’s splits, Dumoulin winning the stage by just one second to retain second place overall.

Today we enjoy the fun of a sprint stage against the backdrop of the sights of Paris, while the winners enjoy champagne in the peloton. 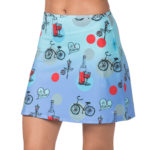 And to celebrate, we have a stylish Parisian wrap up for you: Paris, wine and bikes, united on a fun and practical addition to your cycling wardrobe.