You are here: Home / Sidesaddle Blog / A FIRST FOR RIO. 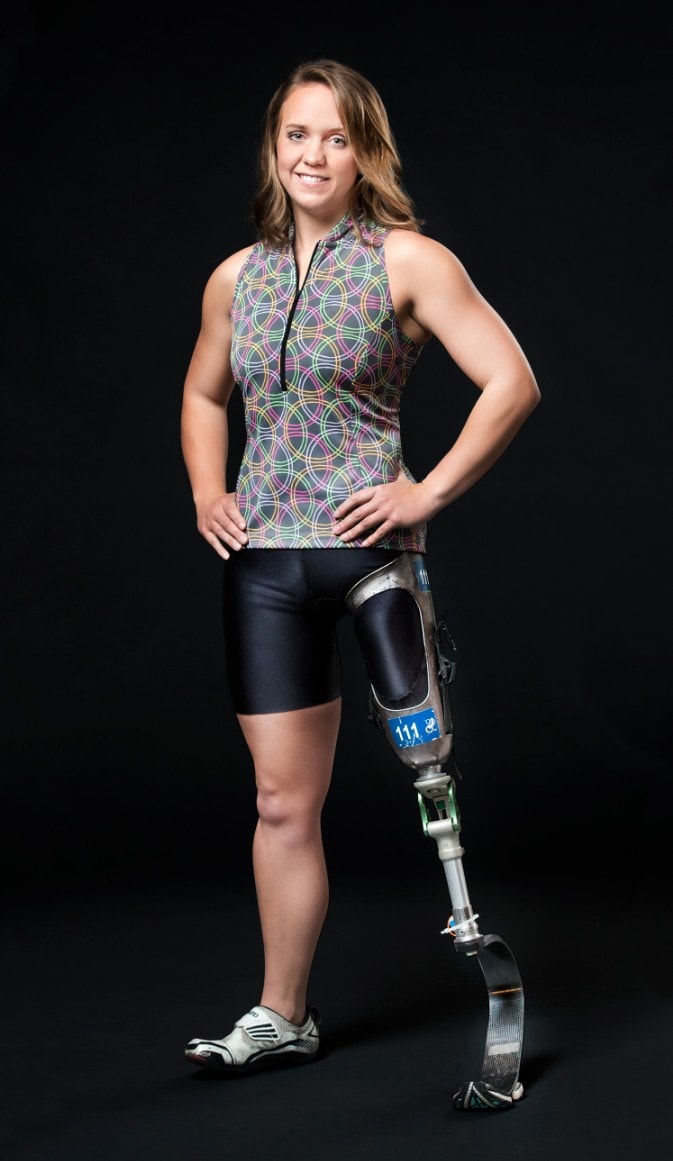 Hailey Danisewicz is too sweet to be called a badass, but that’s what she is. Let’s start with now: preparing for the first ever Paralympic Triathlon in Rio where she has a very good shot at the podium. We met Hailey at Heritage Bike Shop in Chicago, on a coffee run/training break. She had the coolest modified, carbonized Cervelo that she’d beat to you know what, winning darn near every event she entered and living the life of a full-time pro athlete in a less than optimal climate.

Hailey has an impressive resume. She entered her first triathlon just five years ago and by 2013 had become the World Champion in the P2 category. In 2015 she was named USA Triathlon Paratriathlete of the Year and also became the first US paratriathlete to qualify for the US Paralympic Triathlon Team.

Back up to the age of 12 where she was an active, athletic pre-teen in Wisconsin. Osteocarcoma claimed her leg, but not her spirit or her athleticism. It just took some figuring out and a college internship to broaden her perspective and get her to try a tri. We all know triathletes – they are a special breed who don’t know what it is to have limits. Chicago’s Dare2tri athletes are one level higher on the determination scale.

Best of luck to Hailey as she gets set to ride circles around Rio. She sure makes our Rio Jersey look legit!