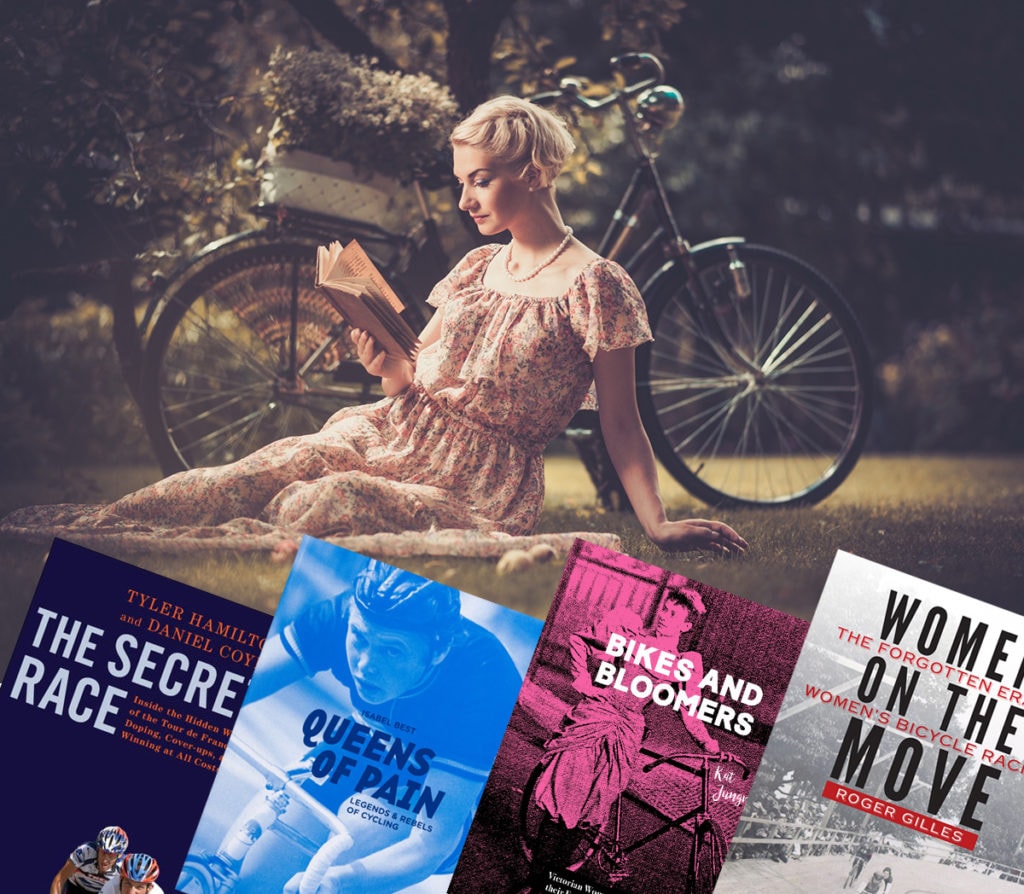 Some of cycling’s best stories are hidden or long forgotten.

We’ve come across some good reading material lately, it being too cold and icy to ride so much and all. 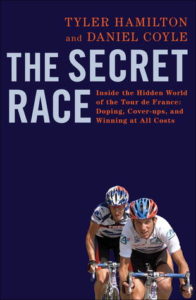 Tyler Hamilton’s book, The Secret Race: Inside the Hidden World of the Tour de France: Doping, Cover-ups, and Winning at All Costs, gets our “Just Awesome” rating. While not concerned with women’s cycling, it’s a must read for those who follow the pro peloton and can’t get enough of the inner goings-on of the professional circuit. As you might guess from the title, Tyler spills the beans on how and what it took to compete, and how he went from Boy Scout to mortal enemy.

Hamilton was one of the best-liked and most competitive pro cyclists, with a reputation for extraordinary endurance. He’s the guy who broke his collarbone in a crash early in the Tour de France, but still rode to 4th place, grinding his teeth to the nerves as he rode through the pain.

The book is actually co-written with best-selling author Daniel Coyle, who spent two years interviewing Hamilton and his teammates, rivals and others. If you want to know the real deal on the doping culture and practices in the pro cycling world (Lance Armstrong), this book tells it like it was.

Beyond that, the performance culture placed enormous psychological tolls on the athletes, and the hidden stories behind the star riders and their relationships make very compelling reading.

We can’t recommend it highly enough.

Some other items on our list might be a bit drier in comparison, but are very interesting for us as champions of cycling for women, and as a cycling apparel company in particular. 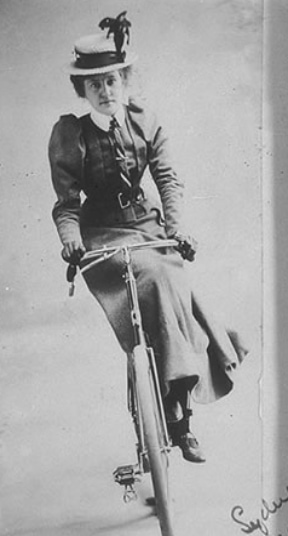 These books cover a fascinating stage in the development of women’s cycling, when the expectations for behavior and dress had been relaxed enough for women to ride bicycles in significant numbers, but not enough for them to wear clothing suited to the activity.

Nowadays, of course, there is very little obvious difference between male and female cycling gear, and it’s perfectly normal to see female athletes of all kinds wearing whatever gear is appropriate for their sport.

In 1890, women were expected to wear full length skirts at all times. Even though many women were cycling in the 1890s, it’s hard for us to imagine the degree of outrage they faced when they dared to ride in pants, bloomers, short skirts, or really any attire that gave away the fact that they had two legs and feet.

The feeling of liberation from simply riding a bike must have been incredible for women of that era. For many, it was the first time they could be unchaperoned in public, and free to move independently.

Naturally there was a strong push against the awkward, restrictive clothes they were required to wear, and toward clothing that reflected women’s new freedom.

This brought about the rational dress movement, which many cyclists know something about today. It was seen as entirely radical, and met with indignant, paternal, self-righteous scorn. It took a very brave and independent spirit to endure the hostility toward female cyclists wearing bloomers.

Another path emerged which is hardly known at all today – a thriving market for ingeniously constructed clothing that could convert from a very conventional and proper full-skirted appearance off the bike, to a practical, safe arrangement for riding. Dr Kat Jungnickel mined the patent archives to find a surprising variety of convertible cycling garments patented by women in the late 19th century. She details them in Bikes & Bloomers: Victorian Women Inventors and their Extraordinary Cycle Wear. Dr Jungnickel gives us a close look at the lives of the women whose inventive approaches to cycling clothing helped women ride more comfortably, and avoid the abuse and derision that women on bikes suffered as they pushed against the rigid social norms of the day.

This clothing could hardly have been comfortable by our modern standards, but it made cycling far more practical for women who were not ready to defy respectability.

Empowering women to enjoy this new level of independence, along with claiming patents and becoming entrepreneurs, surely helped propel women everywhere toward the greater political freedoms to follow.

Another aspect of women and cycling in the same era is a little surprising after thinking about the intense resistance to modified clothing, but Women on the Move: The Forgotten Era of Women’s Bicycle Racing, by Roger Gilles, gives a clue to the rapid changes going on in society around women’s roles in sport and beyond.

At the very same time as the morally righteous were damning female cyclists to hell for cycling at all, thousands upon thousands of spectators were lining makeshift velodromes across the U.S.A. to watch women race on the track.

Women on the Move tells the stories of several women who found fame and fortune on their bikes, and who most definitely did not conform to society’s expectations as they did so.

A great example is Tillie Anderson. As a seamstress in Chicago, she saw women enjoying the freedom of cycling and wanted to try it too. After she saved for two years to buy a bicycle, it did not take her long to get a taste for speed, and to discover her natural talent. She soon began a life of exhibition races, records and stardom in the first boom time of women’s bike racing.

Her story reveals a lot about a period of cycling history that isn’t well known now – bike racing in general was very popular in the late 19th C., but women’s racing added dimensions to the sport that turned it into a full-fledged craze. Not least was the fact that women raced in tights and close fitting garb suited to track racing, at a time when women riding in the street were still being accosted for wearing anything other than full length skirts.

Apart from those seedier aspects, women’s racing was adapted by organizers to be better suited to what they perceived as the physical limitations of female athletes. However paternalistic and wrong that was, the side effect was to make women’s races shorter, more competitive, and more dynamic – more exciting to watch by far, so arenas would fill to capacity for women’s 6-Day races across the country. The hollering of crowds of enthusiastic spectators would have been a very strange contrast to the harsh criticism and diminishment of women cycling elsewhere.

Tillie Anderson was quite a personality, and an amazing talent. Her story is well told and documented from her own press archives. She lived to be 90 and was involved in cycling projects long after she left racing behind. A third book overlaps the American velodrome craze at the end of the 19th, and extends through the 20th century.

Queens of Pain: Legends and Rebels of Cycling, by Isabel Best, also begins with Tillie Anderson, but continues with profiles and stories of a host of equally amazing women, who achieved quite astounding things in competitive cycling in spite of the obstacles in their way. They overcame everything from discouraging general attitudes toward women in sport and society, to the specific hostility of race organizers and male competitors.

Isabel Best profiles quite a few of the most prominent, high achieving women in bike racing, and shines a light on the hidden history of the sport. For example, can you name any of these cyclists:

The profiles reveal the strength of character shared by a group of exceptional people, who deserve recognition among the greats of cycling, if not sport as a whole. The personalities are unforgettable, inspirational, and definitely well worth spending some time with as we get fired up again for new seasons of cycling challenges.

You can track the books down here:

Women on the Move: The Forgotten Era of Women’s Bicycle Racing, by Roger Gilles, University of Nebraska Press

For more on rational dress and the bicycle’s role in women’s emancipation, this is a well researched and informative post on a very interesting blog: Women on the Move: Cycling and the Rational Dress Movement.