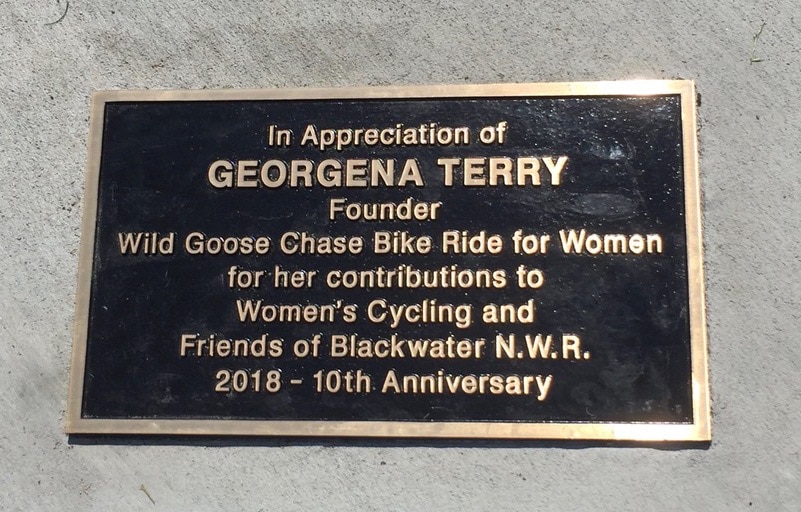 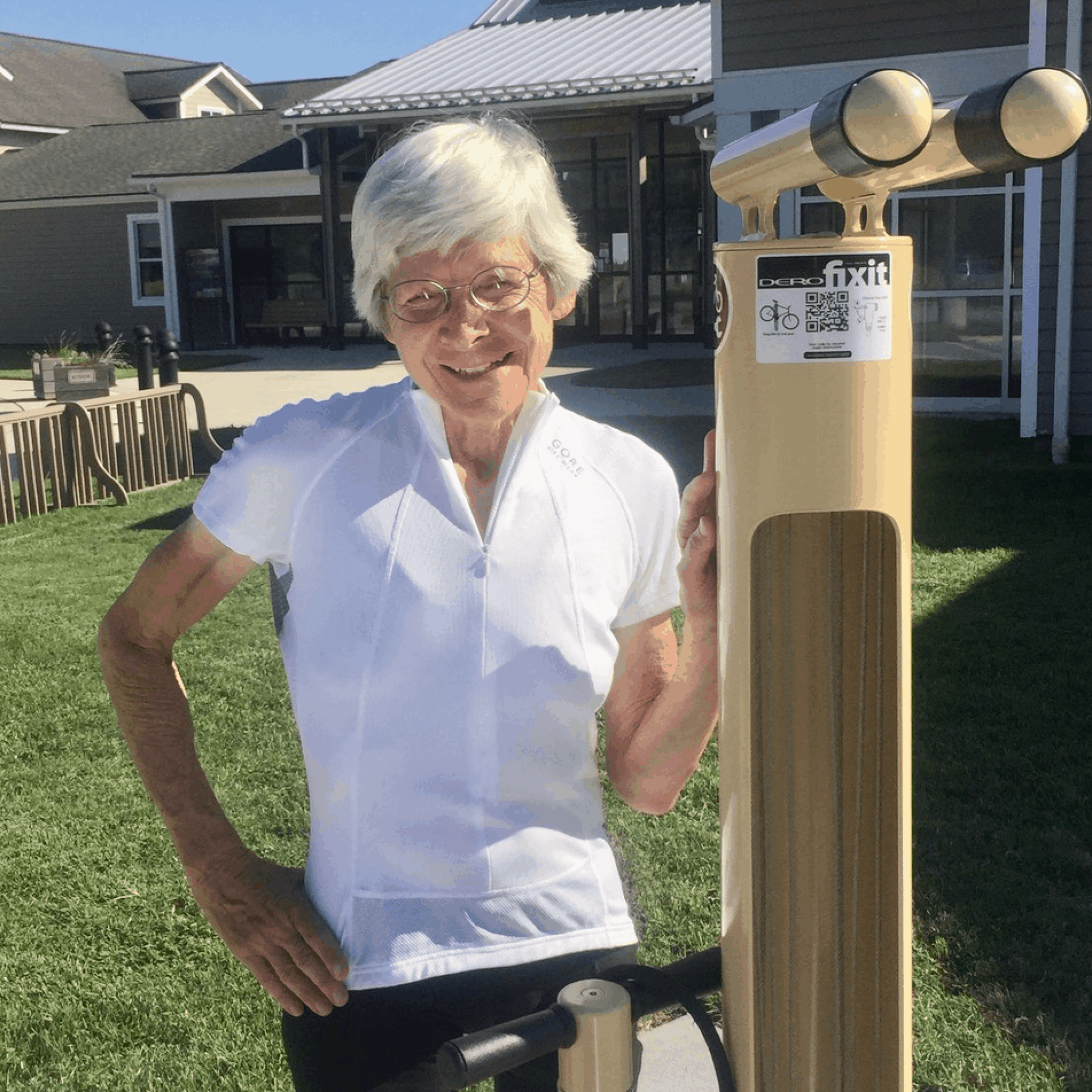 On September 6th, the Friends of Blackwater surprised Georgena Terry with a wonderful honor: a “self help bike station” at the Refuge Visitor Center, complete with honorary plaque. The event occurred on the eve of this year’s Wild Goose Chase, a women-only benefit ride that Georgena conceived of 10 years ago.

Maryland’s Eastern Shore has always been one of her favorite places to ride. She first experienced the beauty of Blackwater during a busy family weekend in 2002. “I needed a break while attending a wedding. I went riding in Blackwater to find some quiet and I was instantly captivated.” (Knowing her as I do, it would not surprise me if she failed to make it to that wedding.) 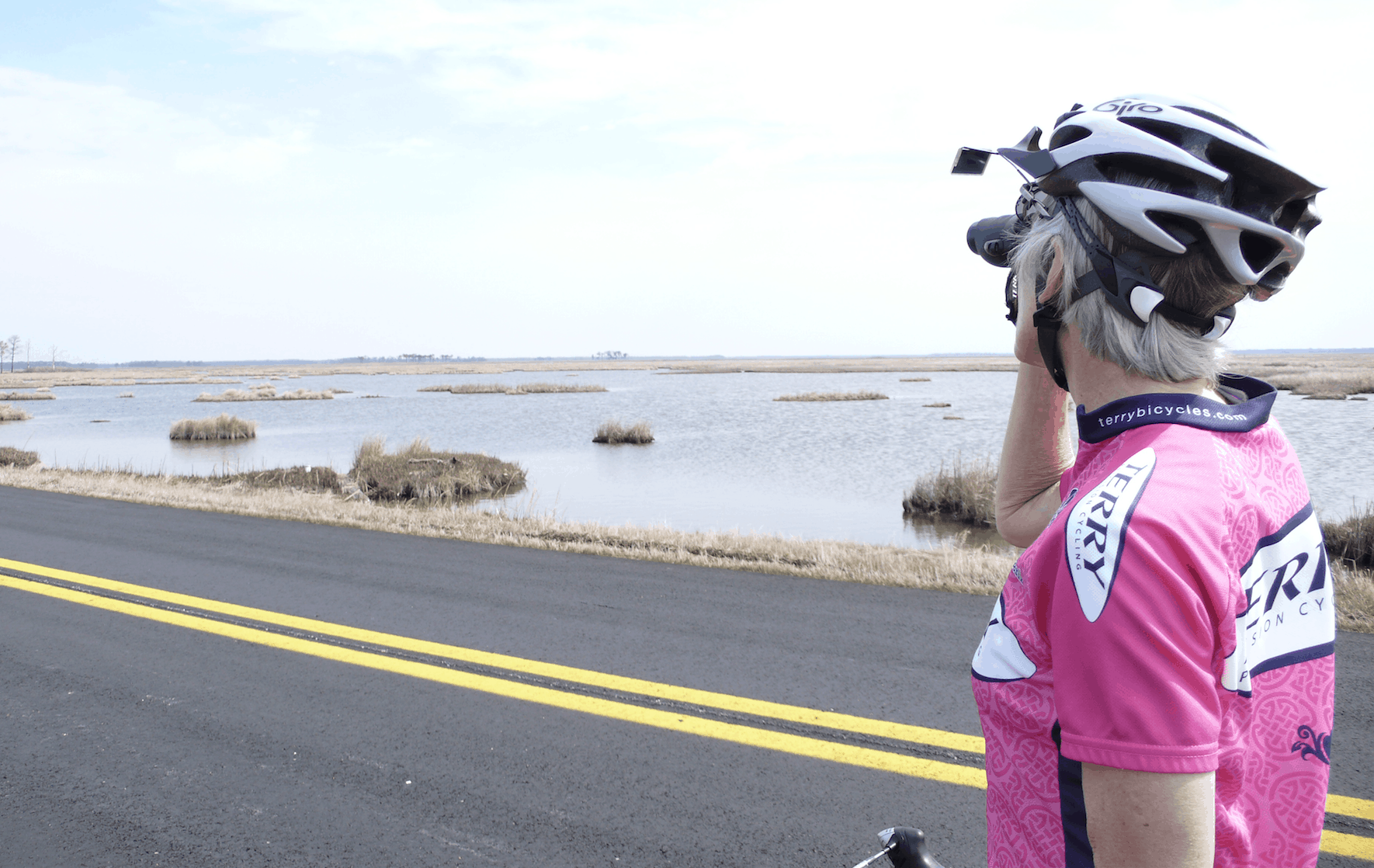 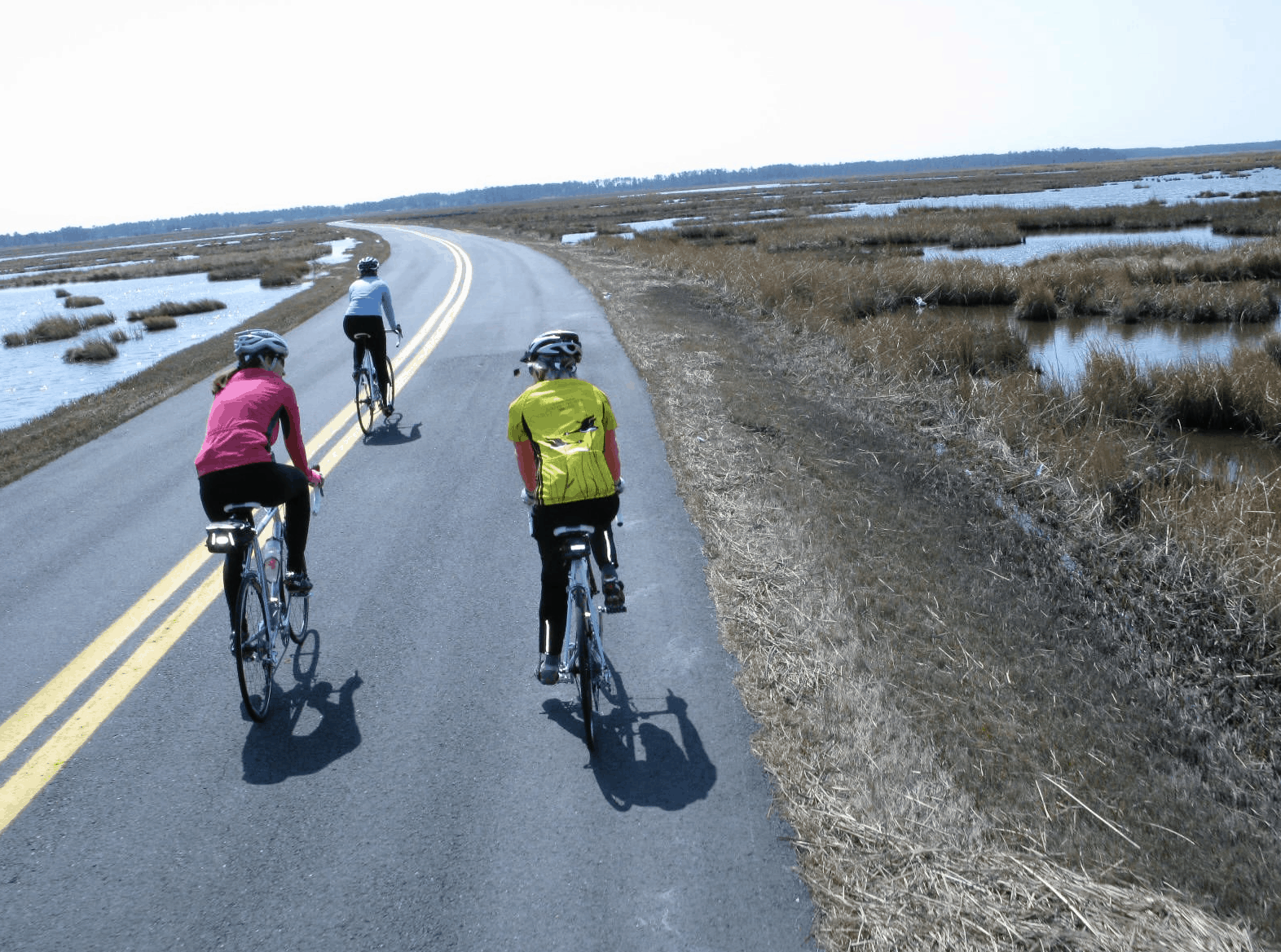 Blackwater Refuge is a place of extraordinary beauty and a critical habitat for a wide assortment of wildlife in the Mid Atlantic region. It is home to a number of at-risk and endangered species as well as the second largest collection of nesting bald eagles in the eastern United States.

Since its inception, the Wild Goose Chase has contributed in excess of $170,000 to the Friends of Blackwater in support of the Refuge. What started as a one-day event has now turned into a weekend of outdoor activities and participation by a number of cycling companies. Thousands of women have attended throughout this past decade and have all made a contribution to support numerous Refuge projects, in addition to riding with Georgena and friends.

Congratulations on this wonderful honor and cycling legacy, Georgena! 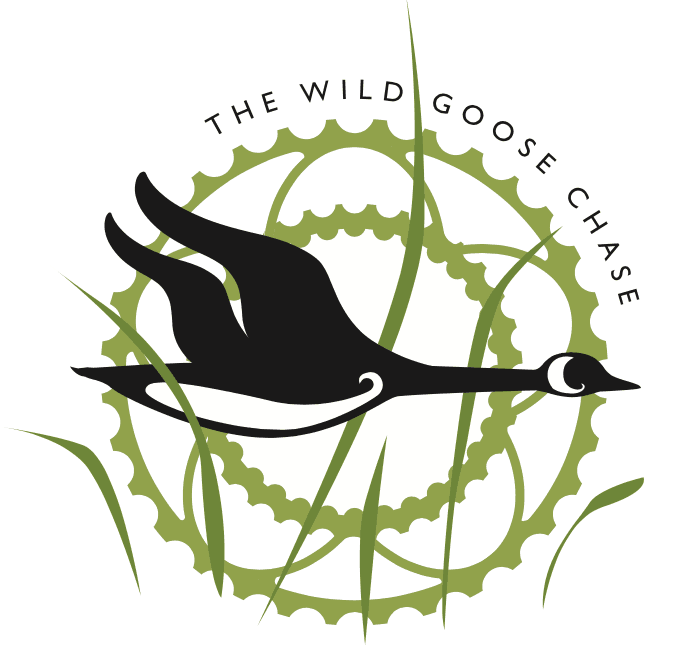