The Dutch Reach – An Effective Safety Measure For Urban Cyclists.

If you ride in urban areas you already know about the number one threat to cyclists on city streets – dooring: the all too common collision when a driver opens their door without looking, into the path of a cyclist. 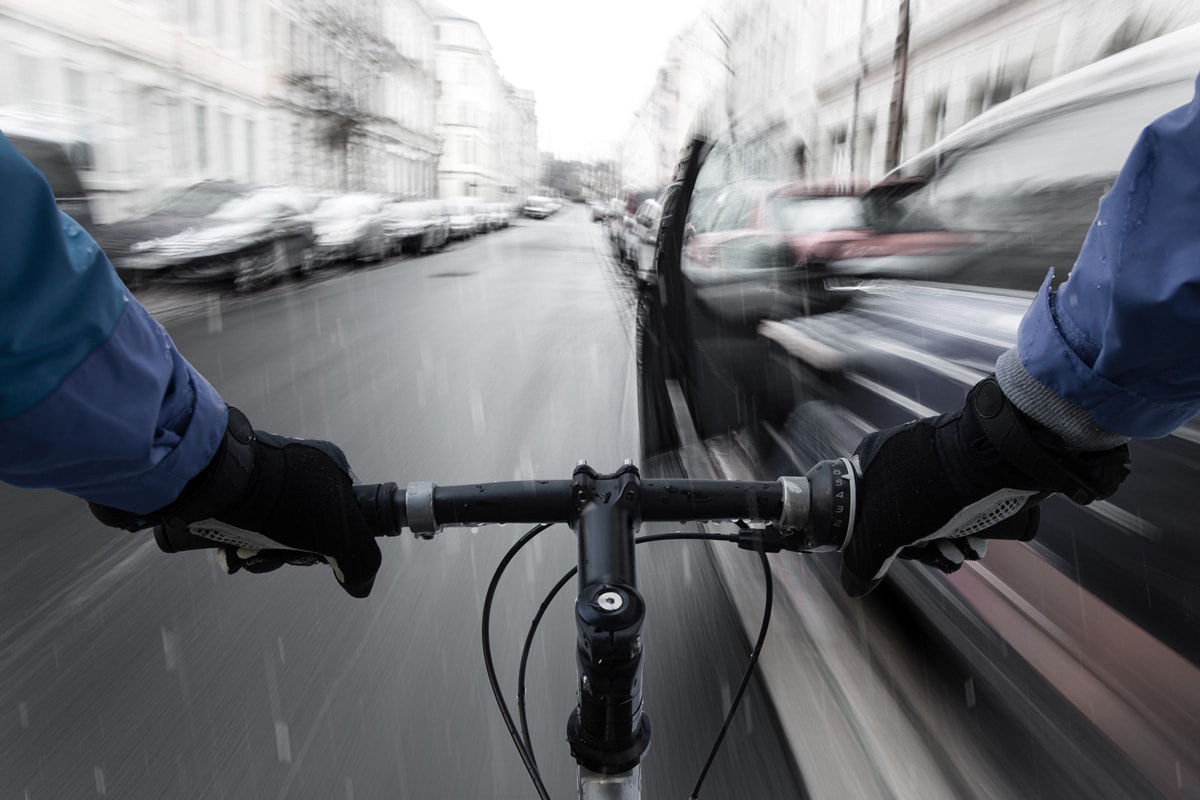 Even at relatively low speeds, a suddenly opened car door in your path can be impossible to avoid. Throw in passing traffic and higher speeds, and these crashes become highly dangerous, even fatal.

In fact, not only cyclists are at risk. Doorings also happen when oncoming vehicles hit opened doors, and drivers themselves can incur some hefty costs from repairs and liability.

Constantly monitoring for drivers and movements as you ride past parked cars is just part of the game for urban cyclists, but two problems make it hard for cyclists to avoid these collisions through their own watchfulness: if there is any traffic passing the cyclist, it is unsafe to move further out into the road to avoid an opened door; in most cases they would have to be riding at impractically low speeds to be able stop in time.

The answer of course is for drivers to look before opening the door. Easy to say, obviously doesn’t happen often enough in practice.

The Dutch Reach is a simple solution has proven very effective in places where it is used.

This is a small change in how the driver exits their vehicle. Instead of opening the door with the hand closest, the driver reaches the other hand across the body to pull the door handle. This forces them to twist their upper body so that they are in a better position to see, and the move triggers the habit of looking back for oncoming cyclists.

It can be hard for long-time drivers to change their habits, even simple ones like this. One trick is to tie a ribbon on the door handle as a reminder to use the Reach. The greatest impact (no pun) comes from teaching new drivers to use the move from day one, so it becomes automatic.

Thankfully, there’s growing awareness of the problem and the easy solution, thanks to the efforts of people at dutchreach.org and others. Their grass roots advocacy has brought some good media exposure for the message, like this New York Times article.

As cyclists we can start using the Dutch Reach whenever we drive, and teach it to all the drivers we know. 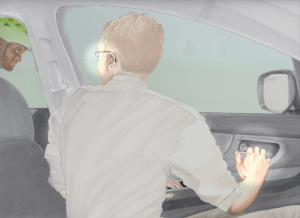 If you’re inclined to be more active, work on convincing your local driver education authorities to include it in the curriculum. It’s already taught and even required widely in Europe, and this is happening in more and more places in the U.S.

Future generations of urban cyclists will thank you, but you may benefit directly yourself!