You are here: Home / Sidesaddle Blog / From Georgena / Freeing a Stuck Seatpost

Last week, I began an overhaul of my hybrid bike, Moo. Moo is a very special bike. It began life as Mt. Marcy, our original mountain bike, named after the highest peak in the Adirondacks. When we decided to introduce a hybrid with a cow theme, Brian Moredock re-painted the bike and it became Moo. I have many fond miles on Moo and wouldn’t trade it for anything.

Moo is very outdated, though. It was time for the 7-speed set up to give way to newer baubles, so hence the overhaul. As I tore the bike down, all went smoothly until I got to the seatpost. It wouldn’t budge. Moo is steel, the seatpost is aluminum. Jerry Kraynick, who owns Kraynick’s Bike Shop in Pittsburgh (and who is my bike mechanic mentor), claims that Archimedes said he could move the world if he had enough leverage. Like a lot of women, I embrace leverage wholeheartedly! So, it was off to the basement and the workbench vise to put leverage to work.

Ah the beauty of steel. I could feel it springing under my coaxing, but the seatpost wasn’t impressed. Having built frames, I really didn’t feel comfortable applying any more torque to the frame than I already was. Brute force needed to give way to something else.

I cut off the top part of the seatpost, leaving about 1/2″ exposed. Then, with a hacksaw, I started two cuts down the inside of the seatpost, 90 degrees apart. This was painstakingly slow and intense. My goal was to cut down as far as possible without cutting all the way through and slicing into the seat tube. So, I’d saw for a while, then blow out the chips and shine a light down the seatpost to see how I was doing. I was tending to hold the saw at an angle that meant I was cutting deeper toward the top of the seatpost than the bottom. This wasn’t bad, because I was able to pry the upper part away once the cut was deep enough. Just seeing some of the seatpost come free was encouraging. You know how you tear a piece of paper off a pad at the perforations? That’s what I was trying to do — get the aluminum down to such a thin piece that it could break away easily.

After many, many hours of tediously sawing, checking, sawing, coaxing, sawing, checking and coaxing some more, the wedge finally broke loose and the remainder of the seatpost popped free! It was one of those moments I will cherish forever. A right of passage of sorts.

Here are some photos.

The first shows the two wedges — the smaller one on the left was the wedge I worked with. 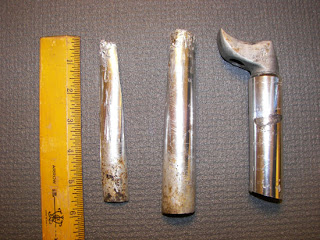 Here’s a shot of the interior of the wedges. If you look closely, you’ll see a little ridge on the outside edge of the wedges. This is just how close I was to the seat tube itself. It looks like about 0.5 mm. 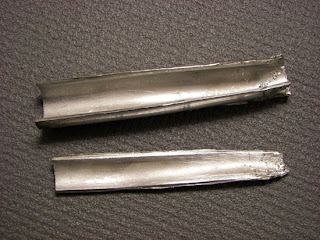 And here’s the source of the problem. Doesn’t look like much, does it? The inside of the seat tube is surprisingly clean; there’s just the normal oxidation I’d expect to see. My theory is that even though I greased the seatpost, by the time it slid into position, more grease was scraped off the bottom of the post than the top. 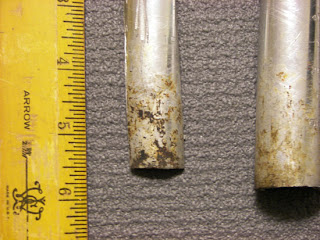 These are the tools I used. The needle nose Vise-Grip was great for working in a small area. I chose an 18 tooth hacksaw blade because it cut a wider swath and gave my wedge a little more room to move…once it started moving. And I went for the expensive one! 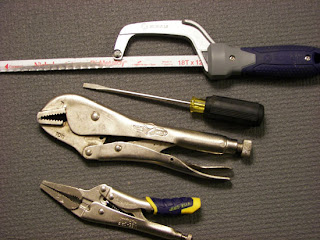 I blame myself for letting this happen. I habitually check the seatposts on all my bikes a couple of times a year to make sure they are lubed and moving freely. But somehow, I took good old Moo for granted. Big mistake! I think I’ll have a t-shirt made up that asks “Have you checked your seatpost lately?” 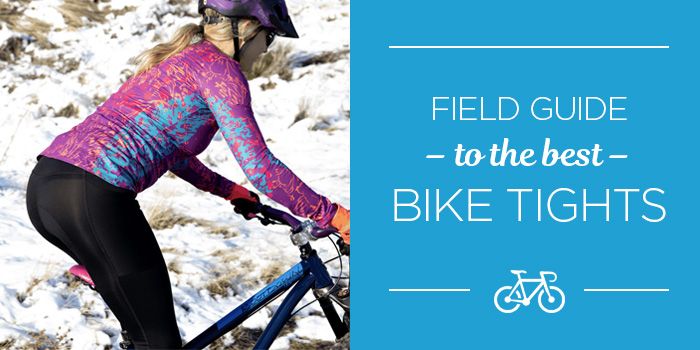 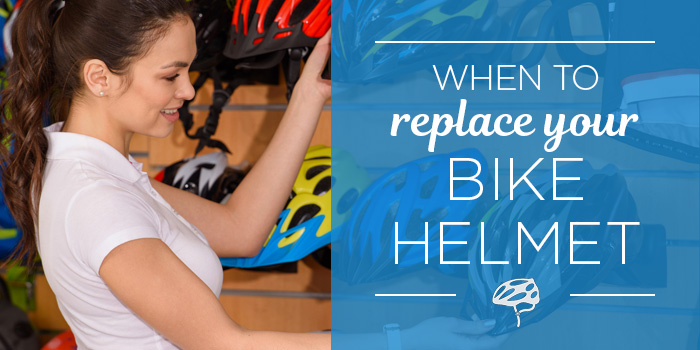