We are delighted to welcome world-championship competitor Tory Jones to the Terry Team. Here Tory introduces herself and explains why Terry is such a great fit for her. 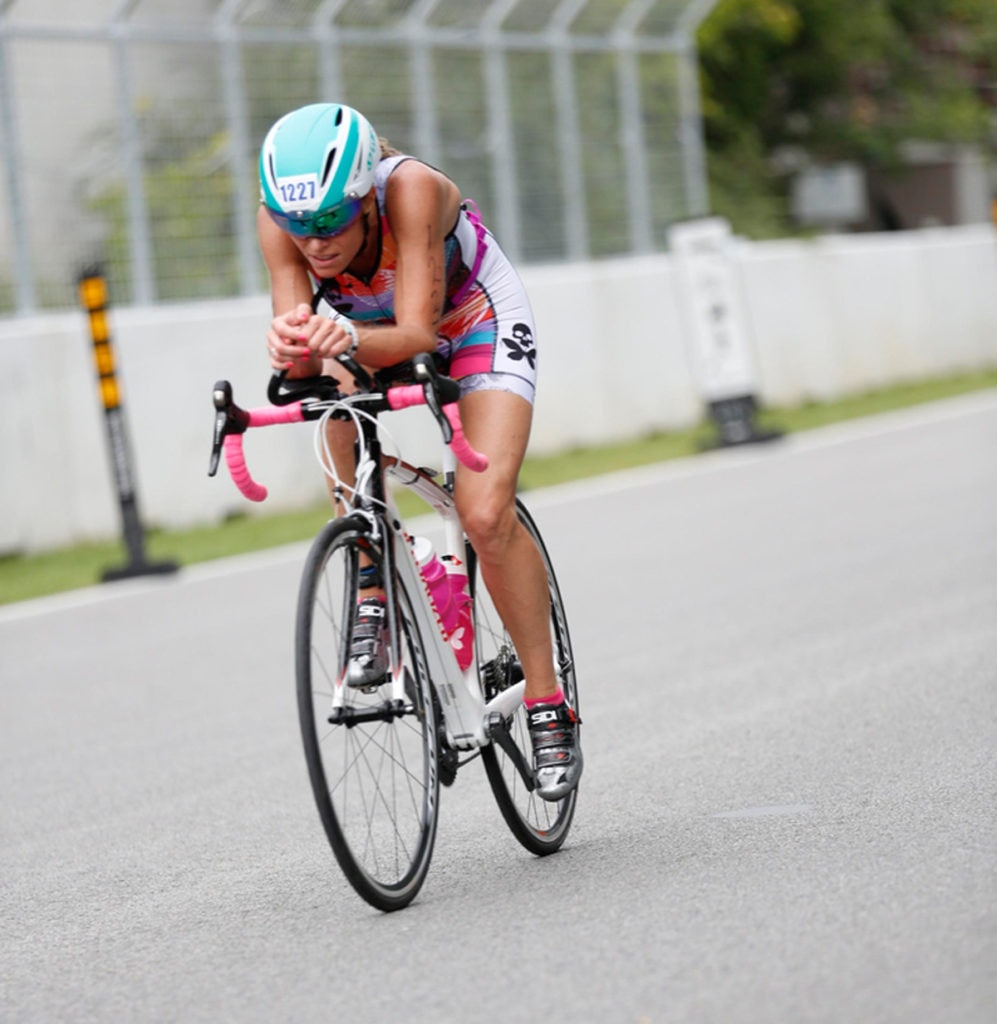 I am thrilled to be working with Terry in 2018!  I like to imagine myself as an Ambassador for all women, of all abilities for the sport of cycling. I look forward to spreading the love I have for Terry, and sharing how Terry will be an important and central part of my 2018 World Championship journey.

Let me tell you a bit about myself and exactly what Terry means to me.

Growing up, my life was spent blazing down mountains as a Canadian Alpine Ski athlete and National Heptathlete.  I was the only child of a Firefighter, and when I lost my mother as a teenager, my life took the path less travelled – I retired from my track career to begin my journey in my father’s footsteps in the fire service.  I have always loved a challenge and hence, have spent the past 22 years blazing difficult roads for women, fighting for issues surrounding females in non-traditional occupations and smashing the glass ceiling of equality.

I have catapulted down the steepest ski slopes, hurdled and jumped my way through my teenage years, welcomed four beautiful children into this world and dedicated my life to a profession devoted to helping those in need.  I have conquered the infamous Boston marathon, cycled and run my way to success as a National Duathlete and pedaled for thousands of miles through sunshine and sleet.

I am currently a Team Canada athlete, having finished 14th at the 2017 World Championships in Penticton, British Columbia.  I will cycle through 2018 as a Terry advocate, athlete and absolute lover of a company that upholds women and our dreams.  I will represent Canada and women across the globe on the world stage once again this summer in Denmark, at the Duathlon World Championships. 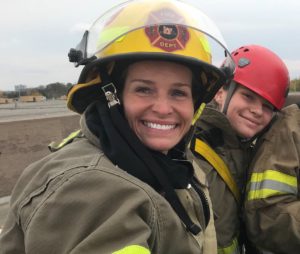 My life as a female Firefighter has found me living in a man’s world.  For years I wore a man’s size 26” pants and cinched up the belt, did my buttons up on the ‘wrong’ side of my dress shirt and wore bunker gear that was simply shrunk down to ‘fit’ a woman.  I am 5’3” and 110lbs, and as women our torsos are shorter, our feet are often narrow and our facial structure is different.  To perform at my optimal best on the fire ground it is imperative that my gear and equipment fit me properly, just as it is for women to have cycling gear that fit their bodies correctly.

Terry embodies the power of creating clothing that is specifically designed for women.  It is fashioned for passionate women with the promise of a healthier and more comfortable tomorrow.  I can think of nothing more satisfying than being a part of spreading the message of how a woman’s life can transform through the sport of cycling.  An easy pedal through town, the exploration of the open road of the discovery of the rugged mountain beauty by bike – cycling empowers women, spreads the wings of their self-esteem and deepens the bonds of friendship.    Simply put, cycling has much more to offer this world than rubber rolling along the ground below.  Terry unites women and encourages us to take on terrific adventures!

Women are change makers, and the greatest influencers of all time.  We love to share our experiences, encourage and support one another.  Women like to share.  For this reason I am thrilled to partner with Terry as an enthusiastic Ambassador, to encourage women to empower one another and look within their own hearts to reach beyond what they dream is possible.  By participating as a Terry athlete I hope to reach women of all abilities and of all ages in cycling.  I hope that as women hear my story, see me training for the World championships and riding in my Terry gear they might be inspired to pedal a little farther and be a little braver!

Women can help build a strong cycling culture within their community.  My hope is that Terry can be an integrated and consistent part of that culture.  Woman inspire other women, and together we can be the pillar of the hope for an entire generation of new Terry cyclists.