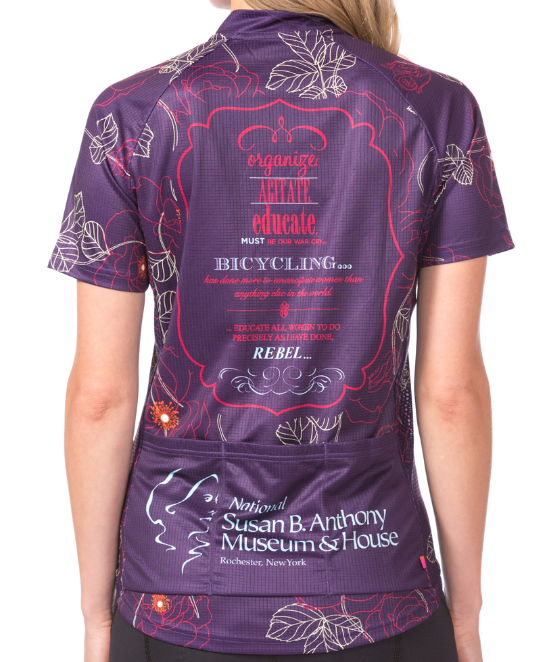 The second in our partnership with the Susan B Anthony Museum & House in Rochester, New York, this limited edition, suffrage purple Susan B Jersey (available late January at terrybicycles.com) also has a rebellious streak. We all know what Susan B Anthony had to say to New York Sunday World about the bicycle and its role in liberating women…

“Let me tell you what I think of bicycling. I think it has done more to emancipate women than anything else in the world. I stand and rejoice every time I see a woman ride by on a wheel. It gives a woman a feeling of freedom and self-reliance. It makes her feel as if she were independent. The moment she takes her seat she knows she can’t get into harm unless she gets off her bicycle, and away she goes, the picture of free, untrammeled womanhood.” (read the fascinating, full interview here >).

Did she ride a bicycle herself? The experts aren’t sure about this. She did advocate dress reform for women, notably wearing “the bloomer costume” in support of the radical dress movement. In 1896 when she was credited with the quote above, she would have been in her 70’s and unlikely to have taken it up at that point in her life. 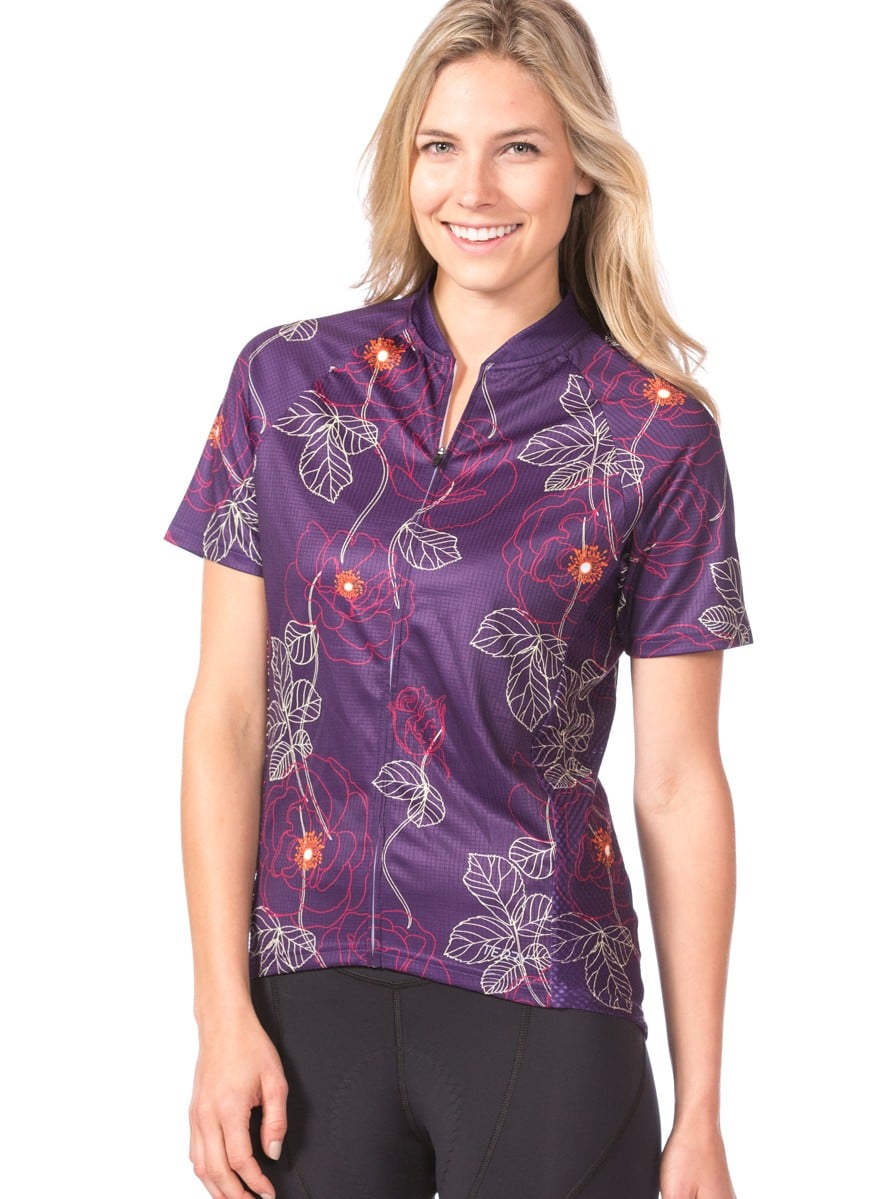 Why purple? Back in the day, rabble rousers needed something that would serve as a symbol or means of visual recognition of their cause. Purple, the symbol of loyalty, was one of the dominant colors being used by British suffragettes, along with white and green (purity and liberty). 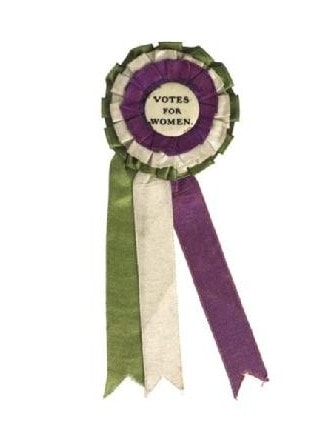 The US campaign imported the purple and white components, but added gold as a primary differentiator (enlightenment).

Flowers out of place? Believe it or not, flowers were used by both the suffrage and anti-suffrage movements. Yellow sunflowers and roses were symbols of the pro suffrage group, while red roses were the flower of choice for the anti group.

According to the National Women’s History Museum,

“The use of gold began with Elizabeth Cady Stanton and Susan B. Anthony’s campaign to help pass a state suffrage referendum in Kansas in 1867. The pro-suffrage forces adopted the Kansas state symbol, the sunflower, as their own. Thereater, the flower and the color gold or yellow were associated with the suffrage cause.”

First country to give women (property owners) the right to vote? Ironically, the Isle of Man in 1881.

The first political protest in front of the White House was a group of women in support of a federal amendment granting women the right to vote.

Until 1971, women were unable to vote in Switzerland.

Women in Saudi Arabia were able to vote for the first time in 2015.