We rode ’til there was no more road, and found friends old and new, pork served more ways than we ever thought possible, and yes, uni-corns…

Terry returned to Iowa for RAGBRAI 2019 – after far too long a break – in the form of Customer Service Ace Jeannette Segale and her husband Joe, representing the brand and jumping in for a week’s immersion in one of the country’s great cycling events. They had a blast!

Despite cell coverage limitations, Jeannette sent dispatches back to Terry HQ as they rode. Here are some highlights from the first few days:

State highways are closed down, State Police at intersections play rock and roll as thousands of riders spin safely thru intersections.

This is an economic injection to the tiny Midwestern towns we pass through. Riders are welcomed with water sprinklers set up and pork sliders, pulled pork, bacon on a stick, pork sausage, and any other methods you can think of for pork.

A local school has 140 students of whom 70 are on the debate team. All students were present to serve pies to hungry cyclists. So much food in every town it would be easy to gain weight on this 500 mile ride.

Everyone is in great spirits and even roadkill is treated special. I’ve seen dead possum with beads draped over them and a very stiff raccoon clutched a can of RAGBRAI IPA in it’s stiff little paws.

Next couple days are 80 plus miles and camp breakdown starts at 5:30 am. After ride, set up camp in new town, showers, laundry and dinner – not much time left to fill in on everything!

From cardboard pie or cheese shaped wedges atop helmets to hunkered down aerodynamic carbon-wheeled cyclists who take themselves very seriously, while most sit back and enjoy the ride and laugh at themselves.

Team names are creative: Antique Road Show – a bunch of old guys on bikes. Turbo Turtles etc., too many funny ones!

Men and women of the United States Air Force Cycling Team in dapper grey and black uniforms ride along with the other 10,00 plus cyclists. Always serving our country, here at RAGBRAI I’ve watched as they bike past, only to pull aside to help fix a flat, repair a chain, or aid whenever needed. 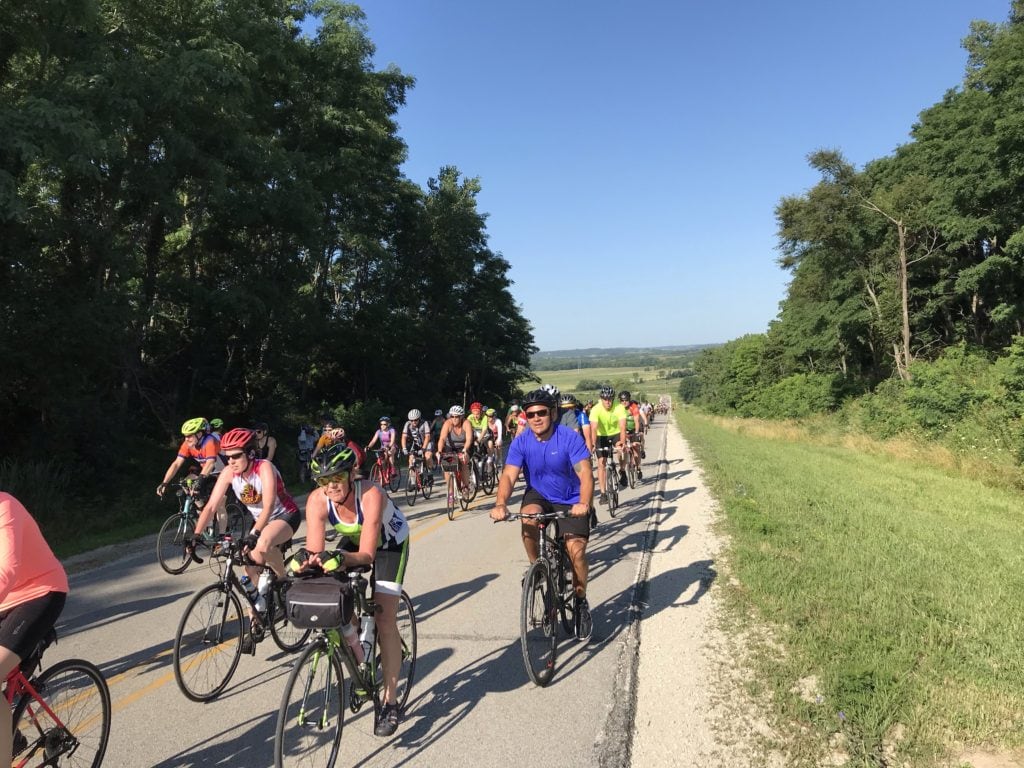 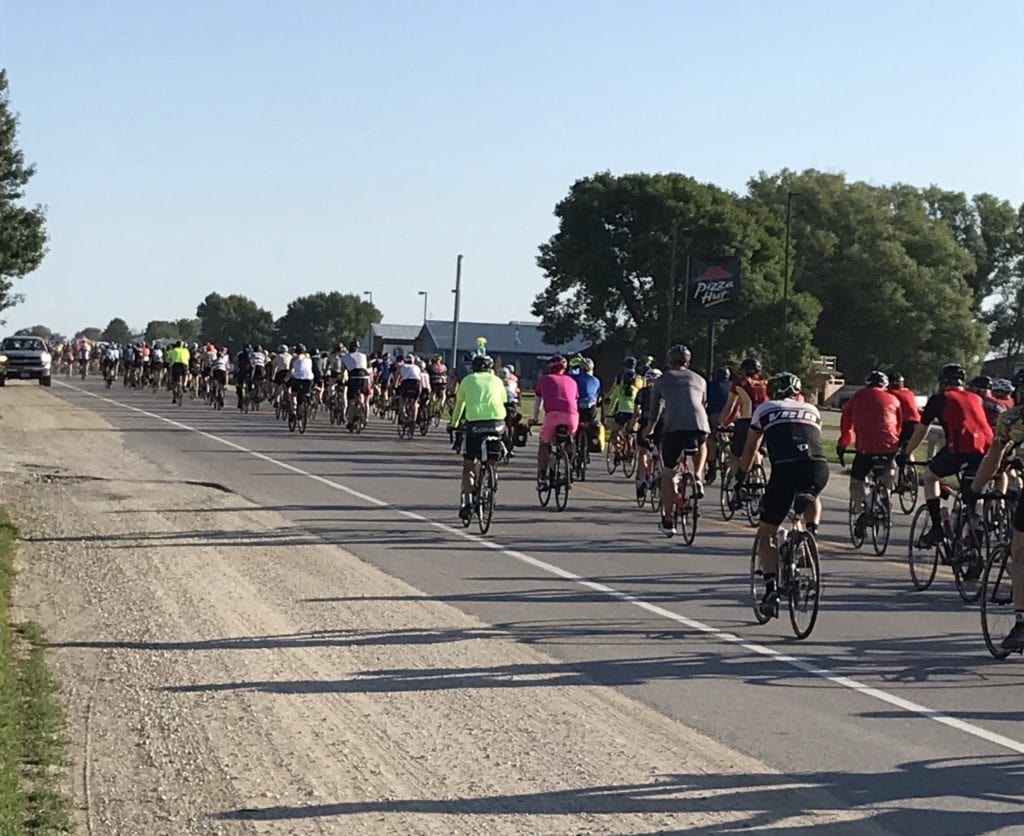 So far so good! We both feel well and have been enjoying the adventure. It was wicked hot when we arrived on Friday and during the Vendor Expo on Saturday. We woke up to thunder and lightning Sunday morning and rode 65 miles, TDR-style, on our first day in the rain. It stopped raining by the time we reached our first night of camping and the weather has been sunny and not too hot since.Each little town we pass through has a festival going on. Lots of great music of all kinds in the towns and at night in camp.We’ve never ridden with so many cyclists. Some pictures are attached. Jeannette has been having fun talking Terry with lots of women, she’s a natural!