You are here: Home / Sidesaddle Blog / THE DELIVERY FLEET.

Whether you’re a fan of the PBS program Call the Midwife or not, you must appreciate the central role that the bicycle plays in this very popular period series. Here’s a behind-the-scenes peek at the cast’s acting challenges when riding their bicycles. 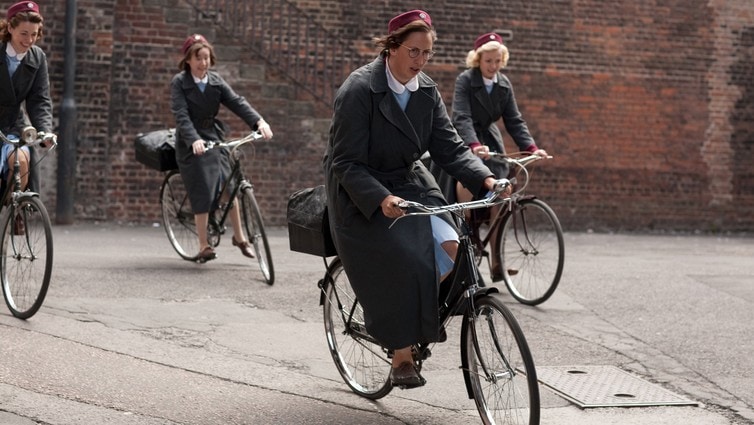 Coincidentally, when it first began airing, the popularity of the series in the UK generated huge interest in Victoria Pendleton’s retro-look bicycle range. Pendleton, Olympic Sprint champion and queen of British track cycling, designed her women-specific bicycles to suit a wide range of cycling styles, be accessible to a broad range, and allow more women to get riding. Sounds familiar!