You are here: Home / Sidesaddle Blog / THE FAMILY THAT BIKES TOGETHER. 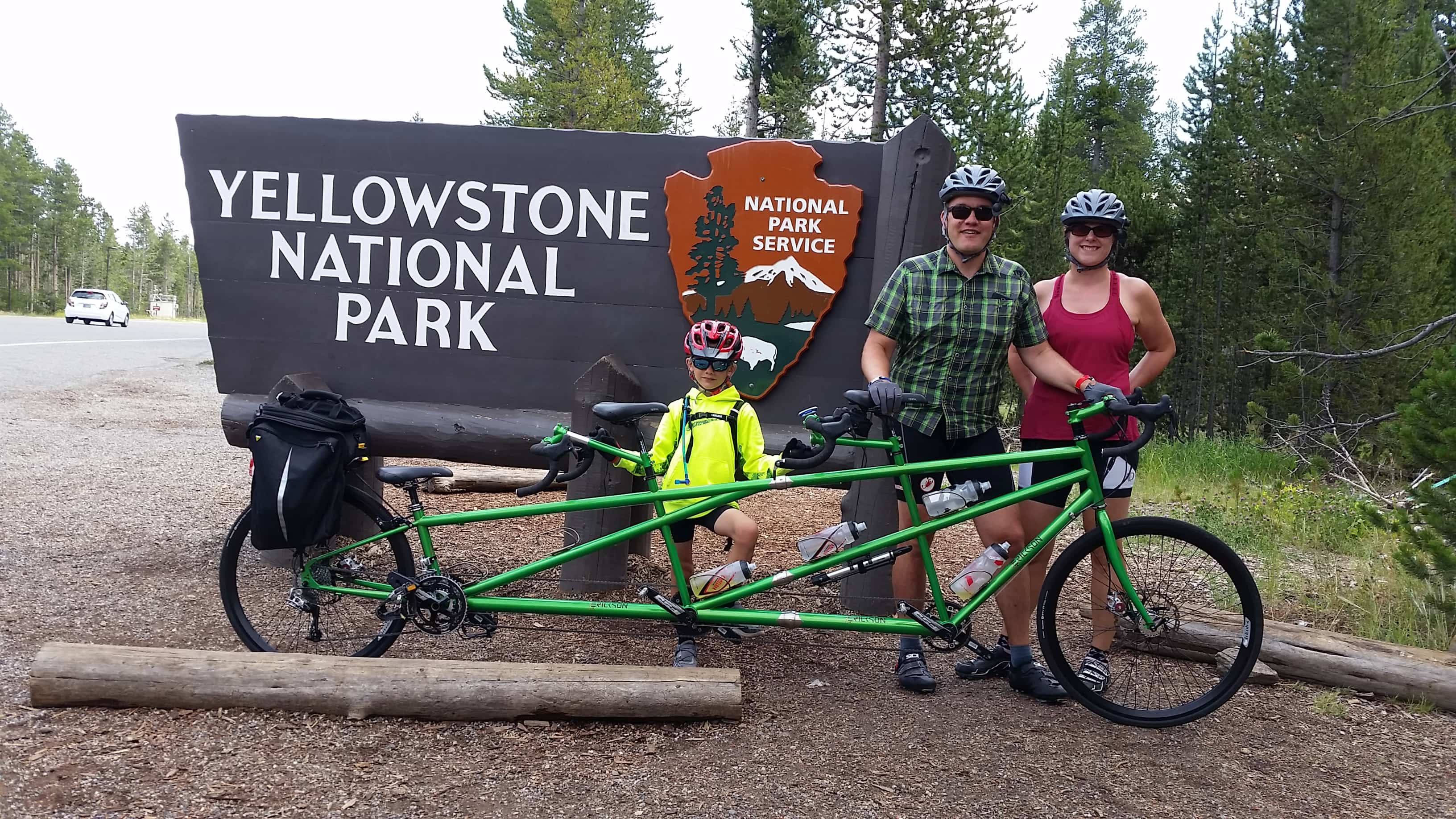 You never know who you might bump into at a 4th of July parade. Take the Schwend family–Darren, Christi and 6-year old Berkeley–on a summer vacation trip with their new custom Triple in limetime green. Outfitted with S&S couplings, Campagnolo components, disc brakes, Phil Wood hubs and Terry saddles, it was an impressive sight to see on the roof of a vehicle. Darren was kind enough to answer some questions:

Q: Where’d the idea for the Triple come from?

A: We have been tandem enthusiasts for years. We had a tandem bicycle on our wedding invitation. We procured a custom Erickson tandem from Glenn Erickson in 2003 and have ridden it in Europe and all over the western United States. Our son Berkeley was born in 2009 and we started towing him in a trailer in 2010. He outgrew the trailer in 2014. We ordered our big green triple from R+E Cycles in Seattle and 8 weeks later we had it. It’s the best way to ride with a child because we can cover lots of distance and it’s only about a 15 pound addition to the bike when compared to the tandem.

Q: What was the biggest challenge?

Q: Favorite ride on it so far?

A: San Juan Island in Washington. It’s a beautiful ferry ride on an equally lovely island. Theodore Roosevelt national park in the Badlands is a close second.

A: I’ve tried many saddles and Terry saddles are by far the most comfortable high performance saddles. The perfect balance of comfort and size to allow for freedom of muscle movement.

Q: Finish this sentence. The family that bikes together…

A. Has fun together and stays fit and happy together.

Our thanks to the Schwends and to R&E cycles for the great photos.